Mazda Motor Corporation announced that the Mazda 787B, symbol of Mazda’s “never stop challenging” spirit, will do demonstration laps1 at Le Mans Classic 2022 to be held from June 30 to July 3. 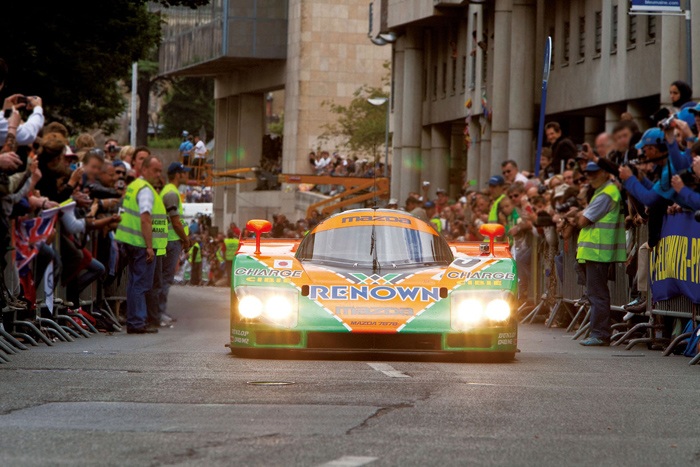 Equipped with a four-rotor rotary engine, the Mazda 787B became the first Japanese automobile to win the 24 Hours of Le Mans endurance race in 1991. For the first time in almost a decade, spectators will be able to witness the thrilling and distinctive sound of the Mazda 787B’s rotary engine at Le Mans Classic 2022. The last two opportunities to see the legendary vehicle being at the 90th anniversary of the 24 hours of Le Mans in 2013 and the 20th anniversary of Mazda’s victory at Le Mans in 2011.

The Mazda 787B was due to run at Le Mans Classic last year to mark the 30th anniversary of its victory, unfortunately the event itself was postponed to this year due to Covid-19.

Thanks to support from model car company, Spark, 29-time competitor in the 24 Hours of Le Mans, Yojiro Terada dubbed as “Mr. Le Mans” in Japan, will drive the Mazda 787B during demonstration laps on July 1 and 2 when Group C racing will be held.

Le Mans Classic is a very popular event in which numerous famed racing cars that have previously competed in the 24 Hours of Le Mans2 gather and make an appearance every two years on the Circuit de la Sarthe. In Group C, entry vehicles are divided by historical period and compete in 60-minute races. This year’s entries will include cars that have cemented their names in history such as the Toyota Tom’s 85C, the Porche 962, the Jaguar XJR and the Peugeot 905.